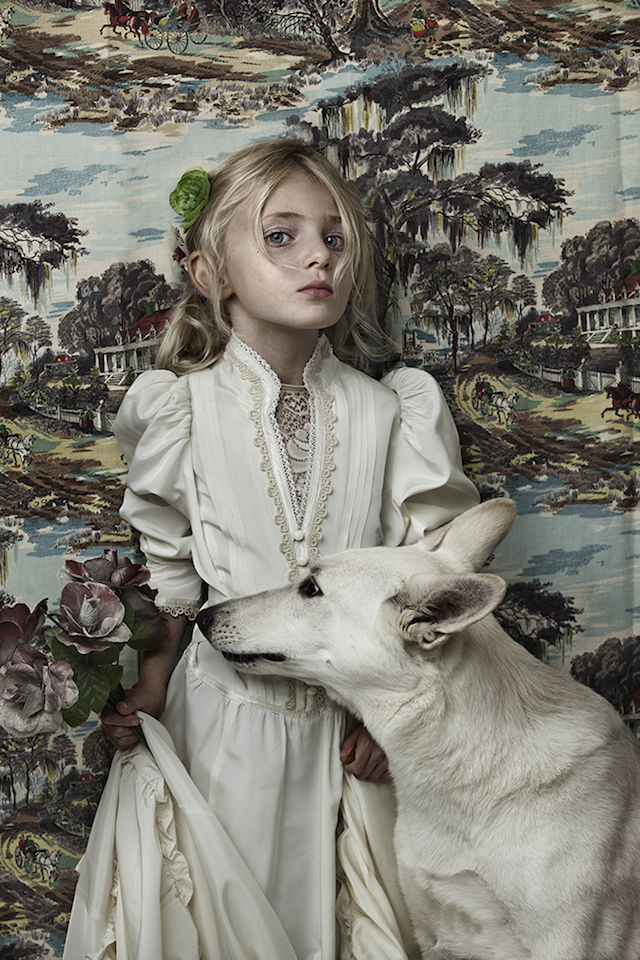 Meghan Young — June 25, 2014 — Fashion
References: shellymosman & fubiz.net
Share on Facebook Share on Twitter Share on LinkedIn Share on Pinterest
As though referencing another time and day, the photo series titled Animal Child by Shelly Mosman, a photographer based in Minneapolis, Minnesota, captures children in vintage costumes as they pose solemnly with their chosen pets. From dogs to butterflies and even a toy horse on a stick, the images are visually stimulating.

This is due in large part to the boldly patterned wallpaper present throughout Animal Child by Shelly Mosman. Ranging from exotic green foliage to painted towns, the presence of these wallpaper choices gives the photo series a decidedly Wes Anderson feel about it.

As fun as the expressions are serious, Animal Child by Shelly Mosman brings up memories of playing dress up as well as other imaginative childhood activities. People will appreciate the trip down memory lane as much as the striking images.
5
Score
Popularity
Activity
Freshness
Access Advisory Services