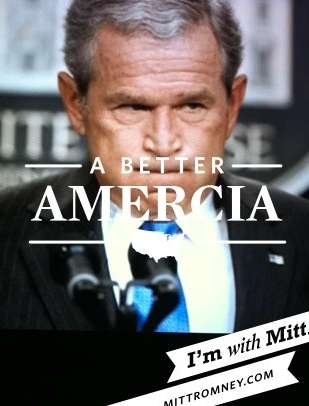 The ‘Amercia is With Mitt’ Tumblr Highlights Mistak

Having launched an app that allows you to digitally brand your photos with an approval of Mitt Romney under 14 different slogans, careful readers would notice that one of them reads ‘A Better Amercia’…sorry, Amercians. The Tumblr community was quick to catch on to the mistake and, doing what it does best, has blown up the error in a hilarious parody to poke fun of American intellect and ultimately, Romney himself.

Who knows what the repercussions this little stunt will have on the result, but considering how quickly a blog will become viral, Romney will just have to believe Amercia will make the right choice.