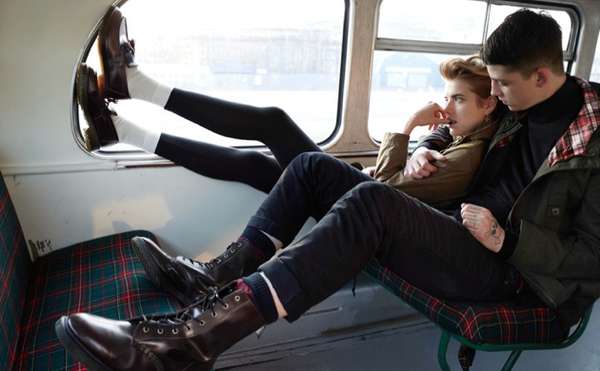 Lose Yourself in the Agyness Deyn 'First and Forever' Dr. Martens Ad

Marie C. Hudson — August 21, 2011 — Fashion
References: firstandforever.drmartens & vicestyle
The new Dr. Martens Agyness Deyn 'First and Forever' ad campaign follows the emotional journey of love and loss. The supermodel stars in an 80-second spot for the famous shoe company called 'First Heartbreak.' The ad shows Deyn describing the gut-wrenching feelings associated with the first lost love in her life. Though it is short, the film is incredibly moving and touching, especially since the model seems to be speaking so candidly.

Doc Martens is currently asking clients to send in their own 'First and Forever' videos as part of the campaign about their first pair of Dr. Martens shoes. While the relationship between boot and owner might not be as strong as between two people, the videos are still incredibly sentimental and heartwarming.

The Agyness Deyn 'First and Forever' video plays more like a documentary film than an advertisement, which is what makes it so appealing and moving. I'd love to see more companies taking this aim at advertising, and letting audiences see the world from a supermodel's shoes.
5.3
Score
Popularity
Activity
Freshness