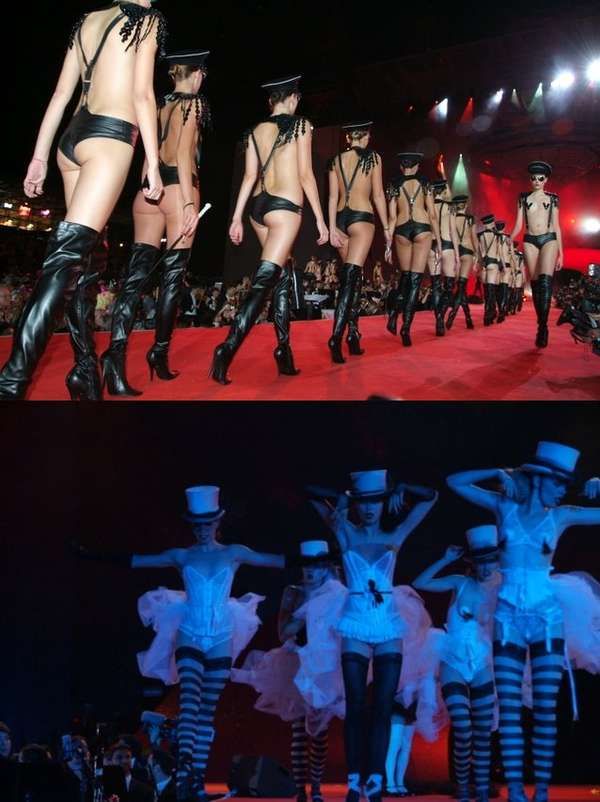 mediterranean — May 18, 2008 — Naughty
References: javno
Share on Facebook Share on Twitter Share on LinkedIn Share on Pinterest
They surely weren't the typical Victoria's Secret angels strutting on the catwalk of Life Ball 2008. Agent Provocateur tested the limits of how much eroticism the attendees could take without self-combusting or melting down from the heat of a mind-blowing, conceptual 30 minutes fashion and fantasy show.

We shouldn't be surprised though, as naughtiness runs in Agent Provocateur's mastermind Joseph CorrÃ©, being the only child of eccentric fashion designer Vivienne Westwood and former wild Sex Pistols' manager Malcolm McLaren.

CorrÃ© told Vogue, "I am delighted that Agent Provocateur has been invited to present this year's Life Ball fashion show. It is a great honour to participate in Europe's most colourful charity event - not only to be joining such a glittering list of previous world renowned designers but also to be the first lingerie house invited to present."

Check out many more pictures here, and see the celebs that attended the charity gala below: