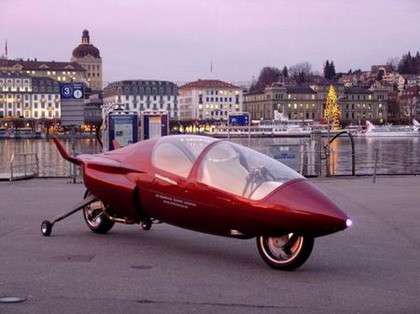 It goes from zero to 300mph in under 30 seconds! You might want to make like an astronaut and wear a diaper for that attempt. With only two inline seats and no trunk you'll have a great excuse not to take the kids or do any shopping, such a deal! Seriously, driving this thing is probably closer to flying a jet eight inches off the ground than driving a car, it must be insane.

Only EUR 540,000 (US $790,000), a bargain compared to something like the Bugatti's $3 million Project Lydia.
2.3
Score
Popularity
Activity
Freshness
View Innovation Webinars