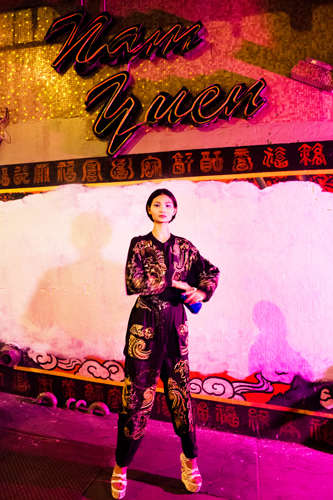 Meghan Young — February 27, 2013 — Fashion
References: 7x7 & refinery29
Share on Facebook Share on Twitter Share on LinkedIn Share on Pinterest
The 7x7 Magazine March 2013 editorial has an undeniably Asian influence, which is only appropriate considering the large Asian population present in San Francisco, where the publication is based out of. Nevertheless, the Eastern-inspired looks have been given an urban edge thanks to vibrant saturated colors and gritty Chinatown backdrops.

Shot by photographer Nadya Wasylko, the 7x7 Magazine March 2013 editorial was styled by fashion director Lauren Goodman. She picked pieces that were "unapologetically rich and sumptuous and sensual, but also had a certain restraint," according to her interview with Refinery 29. These were pulled from the likes of Reema Acre, Oscar de la Renta, Emilio Pucci and Burberry. Overall, the looks are elegant and sophisticated with a nice cultural twist.
5.2
Score
Popularity
Activity
Freshness
Attend Future Festival Virtual