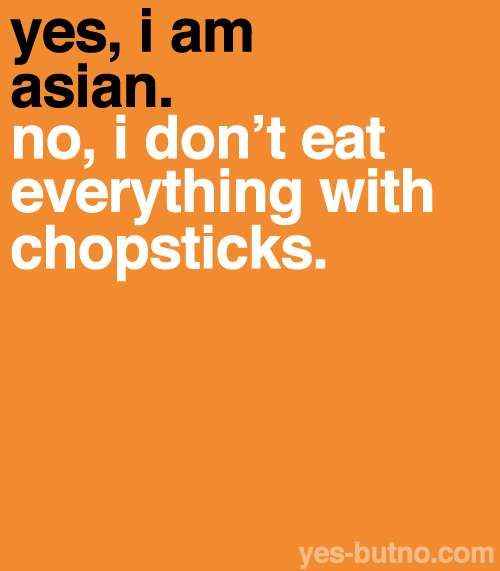 The Yes - But No Image Macro Denounces Commonly Held Misconceptions

Jason Soy — November 15, 2011 — Pop Culture
References: yes-butno.tumblr & facebook
Share on Facebook Share on Twitter Share on LinkedIn Share on Pinterest
If you've ever been asked something ignorant based on commonly held misconceptions or stereotypes, then you'll no doubt relate to the words of this Yes - But No image macro. The brightly colored swatches of wisdom are both hilarious and insightful as they answer hypothetical questions that are more often then not politically incorrect.

This is how the Yes - But No image macro generally works: the black text is affirmative and lulls the question asker into a false sense of security due to his or her factual correctness; the white text then exposes the question asker's idiocy by responding in a dissenting manner to the second portion of his or her question.

Lines like, "Yes, I am asian. No I don't eat everything with chopsticks," and "Yes, I am on my period. No, that doesn't mean that my anger is irrational" are just a few enlightening words shared with the world through this witty meme.
5.8
Score
Popularity
Activity
Freshness
Get Trend Hunter Dashboard