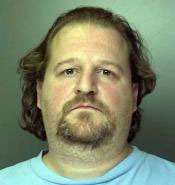 Michael Marucci — October 17, 2006 — Tech
References: wired
Share on Facebook Share on Twitter Share on LinkedIn Share on Pinterest
The word pedophile is disgusting on its own. To think that real people are on the net and preying on innocent children is even worst. Luckily, a new breed of vigilantism has emerged. In fact, a WIRED magazine editor nabbed a pedophile. Wowzers.

From Wired:
In May, I began an automated search of MySpace's membership rolls for 385,932 registered sex offenders in 46 states, mined from the Department of Justice's National Sex Offender Registry website -- a gateway to the state-run Megan's Law websites around the country. I searched on first and last names, limiting results to a five mile radius of the offender's registered ZIP code.
Wired News will publish the code under an open-source license later this week.

The code swept in a vast number of false or unverifiable matches. Working part time for several months, I sifted the data and manually compared photographs, ages and other data, until enhanced privacy features MySpace launched in June began frustrating the analysis. Excluding a handful of obvious fakes, I confirmed 744 sex offenders with MySpace profiles, after an examination of about a third of the data. Of those, 497 are registered for sex crimes against children. In this group, six of them are listed as repeat offenders, though Lubrano's previous convictions were not in the registry, so this number may be low. At least 243 of the 497 have convictions in 2000 or later.
2.9
Score
Popularity
Activity
Freshness
Jeremy Gutsche Keynote Speaker

35 Immoral Innovations for the Morally Bankrupt