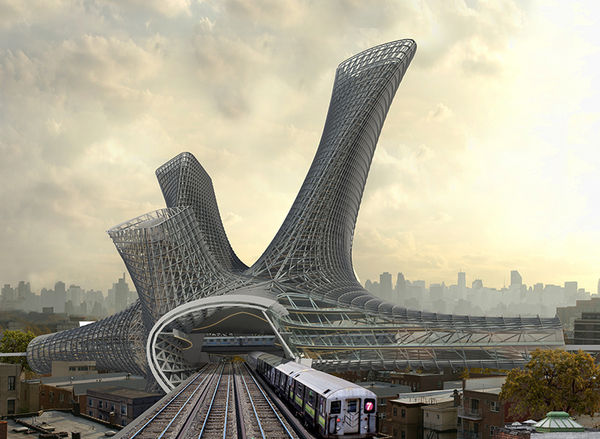 Jamie Danielle Munro — April 16, 2014 — Art & Design
References: amlgmlabs & designboom
AMLGM presents a new concept for New York, that would make the most out of the space around transportation hubs titled 'Urban Alloy.' The design sees potential in the areas above the tracks, and has built a concept sketch that shows large towers protruding from these sections. The drawings almost look like an organism, slowly morphing from the space around it.

The concept was done in a response to the space cities are slowly losing due to the increase in construction. AMLGM tries to come up with alternative designs that make the most out of already used spaces, demonstrating that with a little thinking outside of the box, solutions can be reached. The question is, will this organic-like structure become a reality?