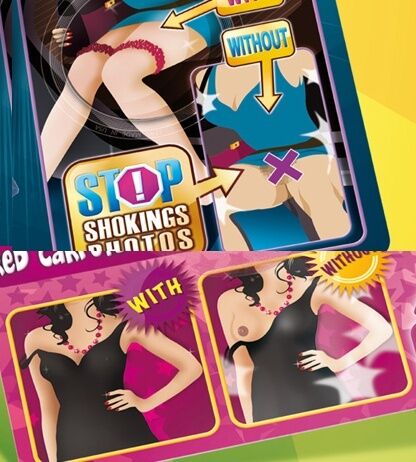 mediterranean — June 24, 2008 — Unique
References: adsoftheworld
I love this hilarious tongue-in-cheek ad campaign by Oops! magazine. The print ads show you that, "Celebrities would invent anything to avoid ending up in Oops! magazine."

These 'inventions' include a Thighs Fixator that would help the tabloid starlets keep their legs closed when they step out of the car. Something that can be utilized by Britney Spears, Lindsay Lohan and many more Hollywood IT girls that seem to be allergic to underwear.

The second 'invention' solves the problem of the nip-slip, a popular occurrence at red carpets. The Nipples Guard protects the nipples from exposure by covering them with fake (yet realistic looking) ones. I am not sure which one is worse, a nip-slip showing real nipples or a fake plastic one...