Tunnel Telescope From NYC to London 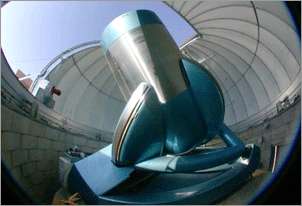 Celebrate 400 Years of Astronomy by Viewing the Heavens Online

Since that time, mankind has been fascinated by the celestial bodies, and has worked on making the most advanced telescopes to bring the heavens as close and as clear as possible.

There are extraordinary telescopes placed around the world, and some of them are in the homes of amateur astronomers who gaze daily into the skies, unable and unwilling to wait for access to more professional public telescopes.

In celebration of the International Year of Astronomy, there is a 24-hour event planned called 100 Hours of Astronomy, where you can view a webcast which features "Around the World in 80 Telescopes," which will involve 11 observatories in 15 countries.