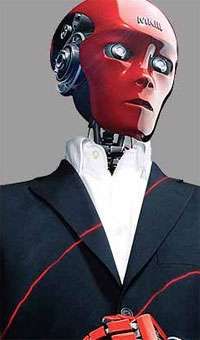 Pocket — December 11, 2006 — Tech
References: tedbaker
Share on Facebook Share on Twitter Share on LinkedIn Share on Pinterest
Suits are always a bit of a doosey for me- I love them; the right suit can make any man look fantastic (or at least, a fair whack better than he would in tank top and stubbies); however I have to admit they're not the most comfortable things in the world. And I don't care what anyone says, whether they're "cool wool" or made to "breathe", they still feel incredibly heavy and overpowering when on the go- in fact suits really don't sit well for the travelling man as it's next to impossible to have a suit that doesn't crumble from tight squeezed airline seats. ALSO.. given the fact I am somewhat built like a bar fridge on legs, I find it rather difficult and hence rather pointless buying off the rack designer business suits as after they've had to cut them to pieces to fit me they're hardly what the designer originally envisaged. I've always resorted to my trusty tailors @ Hoi An, Vietnam to whip me up a funky suit to my design..

However I do admit if I was ever to be a top suit designer, I'd be hard pressed to come up with anything as cool as the Ted Baker Endurance Mk 3 suit. For a mere $799.00 AUS including tailoring, I managed to score a fantastic crumple proof wool suit that from the outside had me looking like a corporate shark (or a presidential bodyguard..or member of the blues brothers perhaps?), but inside the lapels were enough pockets to carry all of my bleeding edge gadgetry from phones, PDAs, MP3 players..etc. Not to mention the lil things that make this purchase even cooler, like the throw in business card holder and emergency USB phone charger. Niiiice work Mr Ted.
6
Score
Popularity
Activity
Freshness
Get the 2021 Trend Report FREE