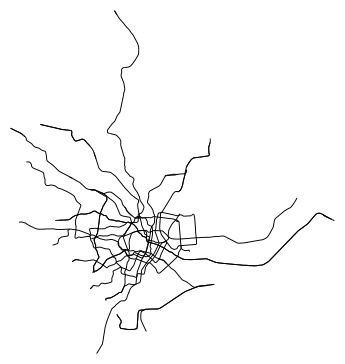 The poster is organized in descending order of magnitude, leading it to closely resemble a Snellen chart. Instead of sight-testing letters, the subway poster contains the maps of the "high capacity, grade-separated heavy rail" metro systems of the world. Each route of each system on the poster is represented by one line. This means that the unadorned maps create squiggly, veined configurations that look like rivers on an atlas or cartoon spiders.

This subway poster is an absolutely perfect gift for the urban planning enthusiast, who will be able to entertain guests by making them guess which city each map represents.
3.3
Score
Popularity
Activity
Freshness
Attend Future Festival Virtual