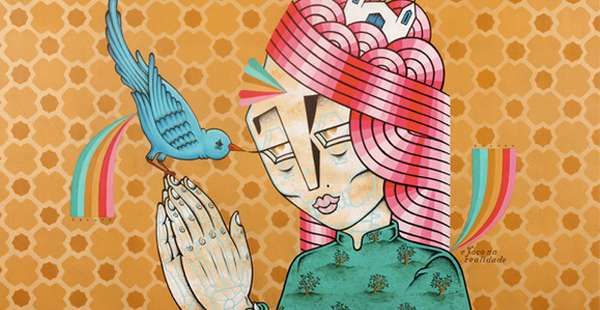 Meghan Young — April 8, 2011 — Social Good
References: stephandoit.br & lifelounge.au
Share on Facebook Share on Twitter Share on LinkedIn Share on Pinterest
It's not often that one comes across street art that has a spiritual edge (often they have a more political agenda than anything else), yet that is exactly what you will get with Stephan Doitschinoff's work. Thankfully, his graffiti and canvas work isn't preachy, it is simply a reflection of his ideals, imagination and upbringing.

Also known as Calma, Stephan Doitschinoff grew up with an Evangelical minister. Currently based between both Bahia and São Paulo, he is a self-taught artist. This is a truly impressive fact considering how amazing his artwork is in both detail and direction.