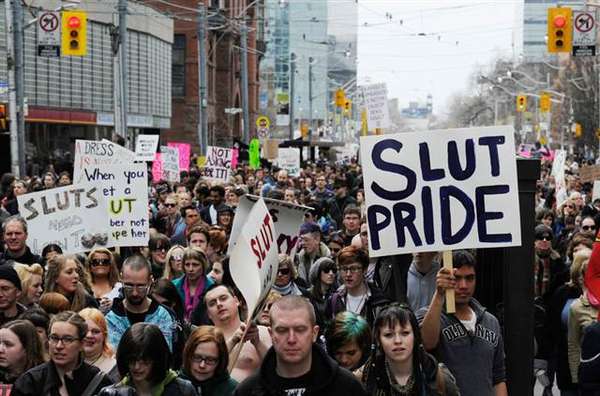 SlutWalks are a Response to Attitudes About Rape

Katie Cordrey — June 22, 2011 — Pop Culture
References: slutwalktoronto & msnbc.msn
Share on Facebook Share on Twitter Share on LinkedIn Share on Pinterest
SlutWalk protest marches began in April of 2011 in Toronto, Canada, and are now an international movement of rallies in cities worldwide. The SlutWalk started as a response to January 2011 comments by an officer with the Toronto Police Service, who suggested that women could avoid sexual assault by not dressing like “sluts.” Constable Michael Sanguinetti is quoted as having said, "women should avoid dressing like sluts in order not to be victimized," during a speech at a New York University safety forum.

While nearly everyone agrees that what a woman wears should not excuse sexual assault, not everyone agrees that the SlutWalk is a good idea. Many say that the very idea buys into male-defined sexuality. Others have argued that the message is one of double standards: provocative dress gives women permission to sexualize their environment while insisting that men remain sexually neutral. Still, protesters in cities including Toronto, Seattle Delhi, Mexico City and London have donned too tight, too short, too provocative garb and taken to the streets to make the point that dress shouldn't matter when it comes to sexual assault.