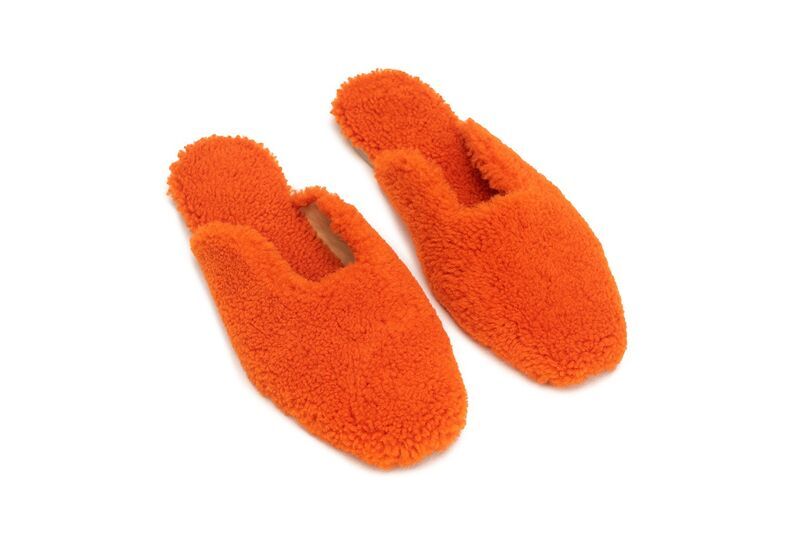 Sleeper's Shearling Slippers are Being Released in New Colorways

Ellen Smith — October 23, 2020 — Fashion
References: the-sleeper & hypebae
Share on Facebook Share on Twitter Share on LinkedIn Share on Pinterest
Sleeper's shearling slippers are being released in new colorways, adding a touch of elegance to one's at-home look. With COVID-19 still impacting most communities, consumers are preparing for a long winter spent indoors. In addition, many continue to work from home for the foreseeable future, making 'work shoes' less of a necessity.

To help consumers stay warm and stylish, Sleeper has released a fuzzy but fashionable slipper that boasts a silhouette that's reminiscent of a traditional slip-on shoe, rather than that of a bulky slipper. The available colorways elevate the piece even further as it arrives in bold shades of orange, yellow and pink. The shoes feature a tiny wooden heel, and a squared toe.

Hotel Social Distancing Ads
Hotels.com is Offering to Pay for Your Next Food Delivery at Home