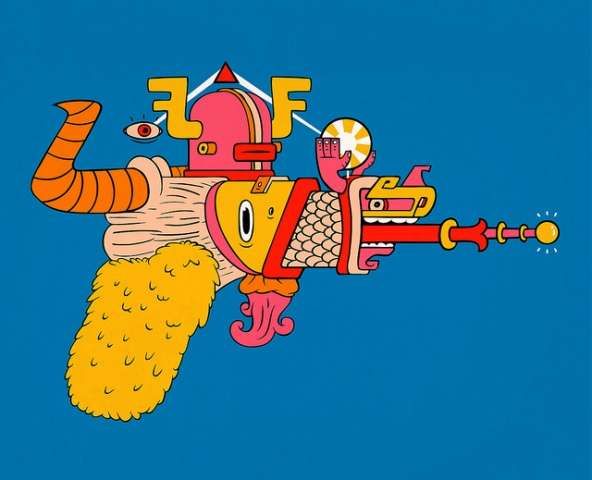 Raygun52 Predicts What the Weapons of 2258 Will Look like

The answer to that question is "odd" to say the least. 52 guns were accepted for this project, with a new gun being released each week of the year. So far, the weapons debuted run the gamut from realistic to really, really strange. My favorite is easily the multicolored monstrosity with the yellow grip and the tongue for a barrel. Unfortunately, it is highly unlikely that any of these guns will ever be made. Regardless, Raygun52 is an awesome and creative art project that definitely deserves a look. Who knows, someone someday could be staring down the barrel of a raygun featured here.
1.2
Score
Popularity
Activity
Freshness
Attend Future Festival