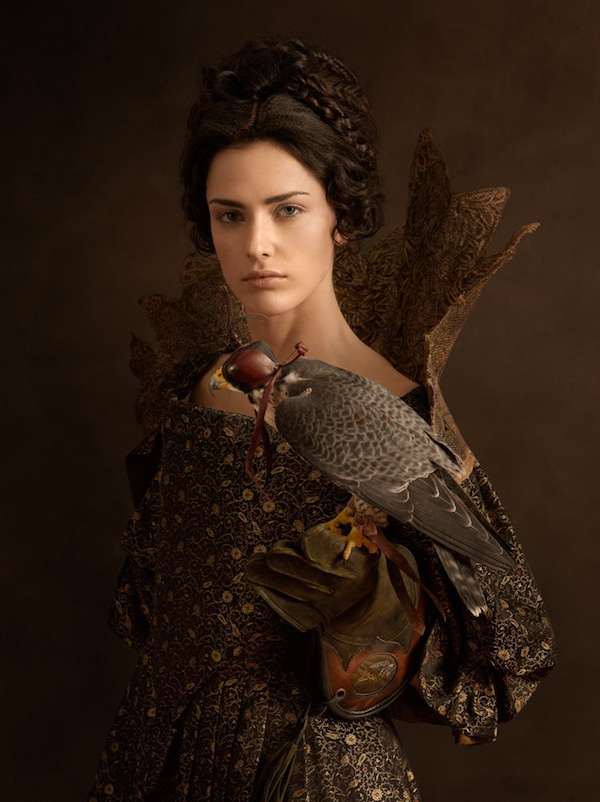 Meghan Young — May 24, 2012 — Fashion
References: sachabada & mymodernmet
Share on Facebook Share on Twitter Share on LinkedIn Share on Pinterest
Photographer Sacha Goldberger takes a step away from quirky urban photography for something a lot more classical and serious. A huge departure from his popular Mamika photo series, which happens to star his very own grandmother, he has decided to take his appreciation for Flemish paintings to a whole new level. Specifically inspired by famed Dutch painter Rembrandt, photographer Sacha Goldberger has put together a portrait project that looks so genuine, people might mistake them for actual paintings.

Although he worked with a talented team of costume designers, makeup artists and hairstylists, it was the animals that photographer Sacha Goldberger really took to. He says, "I wanted my girlfriend to pose with the Marabou Stork. Unfortunately, it escaped and flew all over the studio. It felt like we were in Jurassic Park."
4.9
Score
Popularity
Activity
Freshness
Get Trend Hunter Dashboard