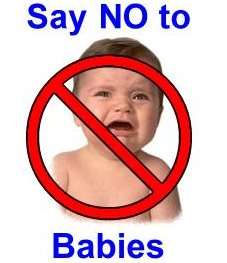 A product called Adiana, being dubbed “permanent birth control” could be easily accessible in 2009. According to Time magazine, Essure coils have been approved by the US Food and Drug Administration and have been in use since 2002 and are now awaiting FDA approval.

Although the term “coil” sounds painful, the product is supposed to be the gentlest way to stop having babies and more effective then having tubes tied. Apparently women who have families and want to stop having kids are already lining up for this product as it doesn’t require overnight surgery and uncomfortable recovery time. The Time article suggests the procedure can take two minutes at the gynecologists office and has no more irritation then a bad period.

The Essure coils will be a hot trend in 2009 as more and more women are deciding not to have babies at all. Women in their twenties could be as likely to decide to have the procedure as women who are married and have made their status quo of kidlets. Of course, when I was growing up they called “permanent birth control” a less appealing name “sterilization.” Mind you, with an actual movement of women deciding not to have financially-strapping kids as a way to be more eco-friendly, as British paper The Mail Online details, this might be a more appealing resource to potentially millions of women.
2.1
Score
Popularity
Activity
Freshness
Jeremy Gutsche Keynote Speaker