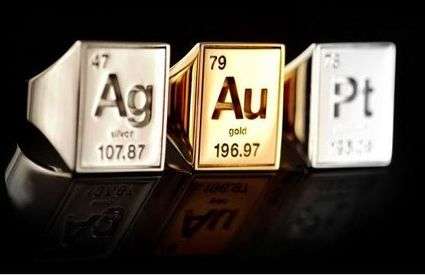 Pearl — November 14, 2008 — Fashion
References: itsno.name & beadinggem
Itsnoname pays homage to the periodic table, a staple for scientists and engineers, by creating three rings made from the most popular precious metals used in jewelry: Silver, gold and platinum--metals which can also be found in the periodic table.

The periodic table was first created in the 19th century by a Russian chemist named Mendeleev. There the elements are placed in order of their atomic number and grouped according to their characteristics.

The rings are cool because they show the short form of metal. Silver is Ag, gold is Au and platinum is Pt, and the atomic numbers and weights are included in the ring. Great gifts for scientific geeks!
3.1
Score
Popularity
Activity
Freshness