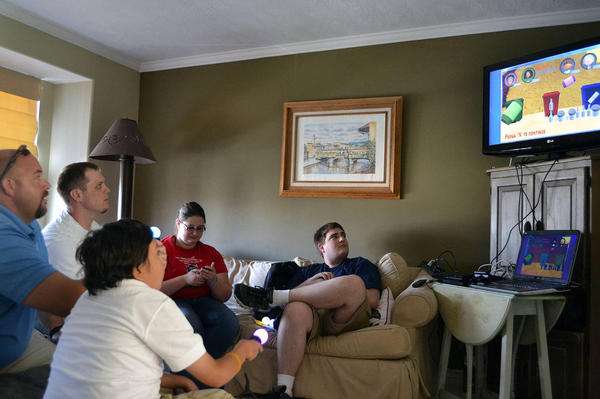 PE Interactive Hopes to Strengthen the Resolve of Cancer Victims

Because one's personal outlook and mentality play such an important (if unquantifiable) role in besting cancer, PE Interactive hopes to raise the spirits and optimism of children living with the disease over the course of its five-hour campaign. Players step into the shoes of Vance B. Strong, a young boy charged with defending a seaside town from robotic crabs. By lifting the children up to the status of superhero, the placebo effect does its magic and speeds the recovery up. But because we can't rely exclusively on a shaky scientific principle, the motion-controlled game encourages the kids to get up and move, helping preserve their physical and mental constitution.

With so little to do in a drab, sterile hospital, it's genuinely exciting to see developers make games that not only entertain and distract, but also heal.
1.2
Score
Popularity
Activity
Freshness
View Innovation Webinars