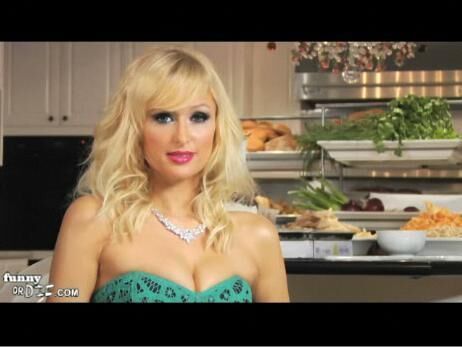 Paris Hilton starts with the line, “My fellow Americans, as you know, I’m running for president, and I’ve sought the advice of an expert.” The expert turns out to be actor Martin Sheen, who played the role of the American president on the popular TV series, The West Wing.

And you know what? Paris Hilton makes a lot of sense in her argument about Iraq, FoPo (foreign policy, silly) and the economy. Barack Obama and John McCain might actually learn a thing or two from Paris.

I'd like to say that if someone like Sarah Palin is going to end up being VP or president, I’d much rather have Paris Hilton as president. She will probably come up with a new song and show in which she looks for a vice president, like her BFF show. Loves it.
5.5
Score
Popularity
Activity
Freshness
Jeremy Gutsche Keynote Speaker