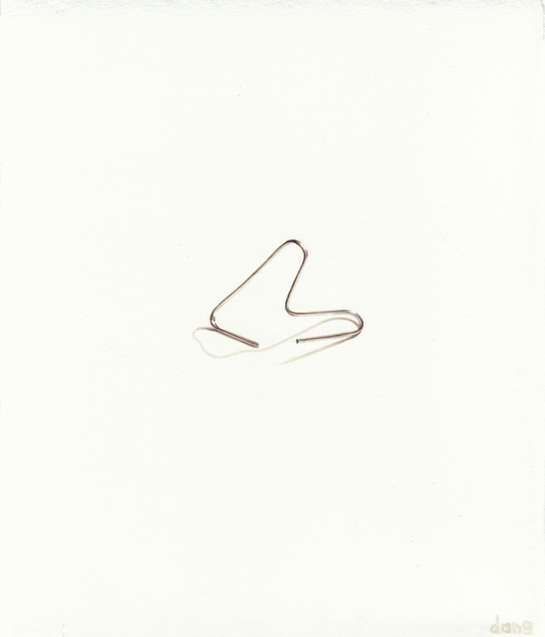 Paintings of Paperclips by Dan Golden Beautifies a Common Staple

Meghan Young — April 10, 2013 — Art & Design
References: behance.net & beautifuldecay
Share on Facebook Share on Twitter Share on LinkedIn Share on Pinterest
While some people might concentrate on Paintings of Paperclips series' medium, especially since it is so deceptive in its photo-realistic nature, others will be consumed by the subject matter. It centers around contorted, isolated paperclips that are in essence portraits of the manipulators. The results are simplistically beautiful miniature sculptures.

Living and working in Boston, Massachusetts, artist Dan Golden surprisingly uses watercolor paints in place of acrylic or even oil for the Paintings of Paperclips series. Golden observes, "At one point or another, practically everyone has either consciously or not turned this ubiquitous everyday object into something other than what it was intended for. Is it possible that these miniature ‘sculptures’ somehow carry with it the distinct personality of its creator?"
0.4
Score
Popularity
Activity
Freshness
Attend Future Festival