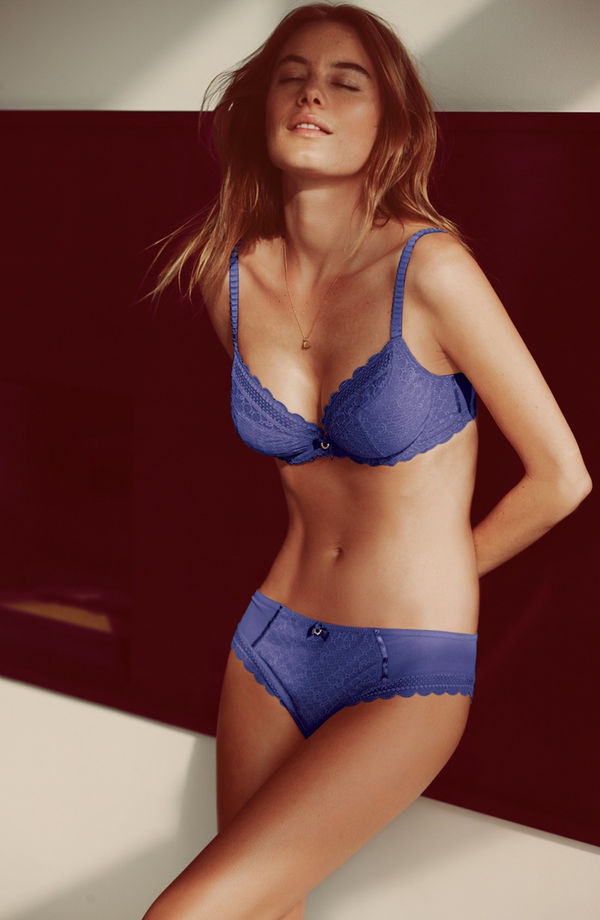 Meghan Young — June 19, 2014 — Fashion
References: shop.nordstrom & fashionising
The bedroom is an intimate space in which people can strip down, both literally and figuratively, and relax to their fullest; that is exactly what Camille Rowe is captured doing in the Nordstrom Lingerie 'Summer Undercover' ad campaign. Granted, she does so in a much more sensual way than the average person. Embracing a sleepy sort of sexiness, she is clad in a range of bras and underwear that is colorful, simple and feminine.

The Nordstrom Lingerie 'Summer Undercover' ad campaign is shot on location during an unspecified time of day. Whether the weekend or the weekday, it is important to unwind as she does in this photoshoot. The looks are complemented with barely-there makeup and tousled tresses.
7
Score
Popularity
Activity
Freshness