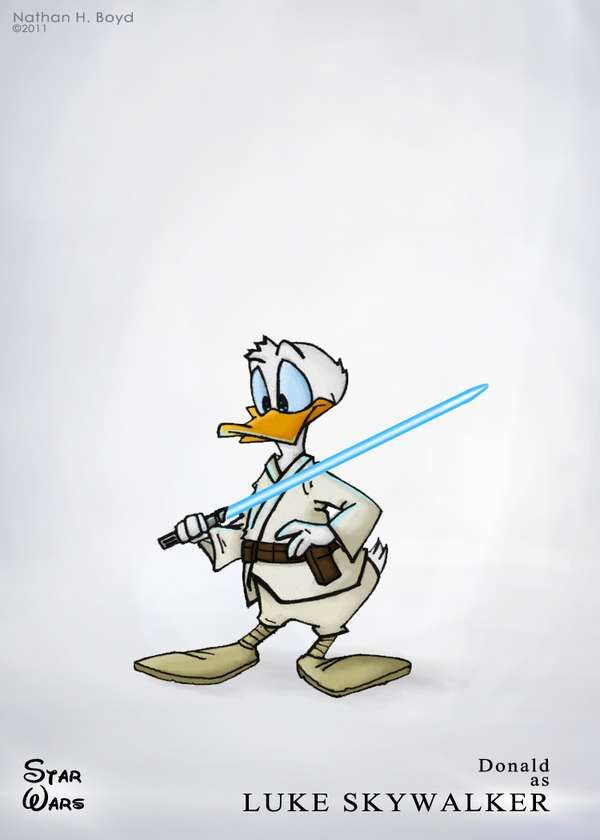 Nate Boyd Illustrates a Mashup of Disney and Star Wars

Boyd has managed to incorporate the two different worlds through his minor alterations of the infamous Disney and Star Wars icons. What is more interesting is that instead of portraying Mickey Mouse as the hero, Boyd chose to feature Donald Duck as Luke Skywalker.

The reason, according to Nate Boyd's blog, is "Usually, Mickey Mouse is always the one to be portrayed as Luke Skywalker, which does make more sense, but I've always loved Donald Duck and wanted to draw him as the hero from Tatooine."

Nate Boyd completed his Disney Star Wars mashup in three series, with the first focusing on the many changes of Skywalker. Nate Boyd's series is a must-see for any pop culture junkie.
6.5
Score
Popularity
Activity
Freshness
View Innovation Webinars