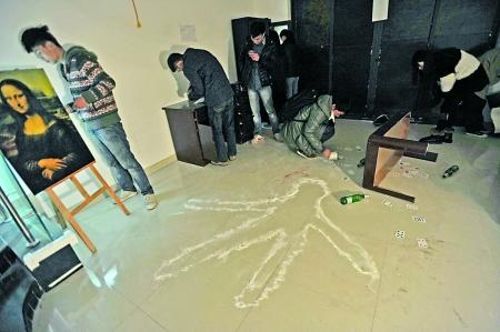 These ‘Saw’-Like Scenario Games are Growing in Popularity In

Thomas Wade-West — October 6, 2013 — Unique
References: odditycentral
Share on Facebook Share on Twitter Share on LinkedIn Share on Pinterest
If you’ve wondered what it would be like to actually live a moment taken from the Hollywood film ‘Saw’ (minus the whole dying and stuff), ‘Takagism’ mystery is about as close as you'll get. These real-life games include a wide variety of mystery scenarios and puzzles with different environments.

The game is inspired by a video game called ‘Takagism’ in which players are to escape from a locked virtual room by finding clues and manipulating objects. This theme was also popularized in the franchise series ‘Saw’. This real-life ‘Takagism’ takes on the same theme; players are locked in an eerie room and have to work as a team to solve clues and escape the room before time runs out. Specific themes include murder scenes, abandoned hospital rooms, supernatural settings, mirror rooms and even scenarios where players are chained and have to escape. If players can progress through a room, they will enter another challenge which will become progressively more difficult.

No gadgets or smart phones are allowed. The entire experience is monitored via surveillance cameras. You will not die if you do not complete the challenge.
1.7
Score
Popularity
Activity
Freshness
Attend Future Festival