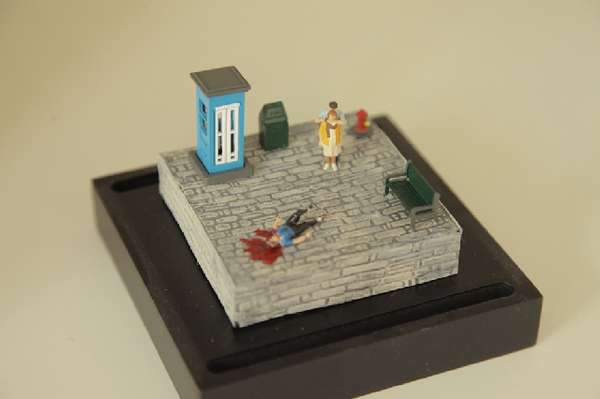 ‘My Wife Makes Die-o-ramas’ are Off-Putting

These miniature models CaptJax’s wife creates visually represent gory, bloody and disturbingly violent scenes in progress or in their aftermath. A webpage on Imgur was recently created and is devoted entirely to the artworks of ‘My Wife makes Dioramas,’ now cleverly titled ‘Die-o-ramas.’

Some of the scenes created include a clown who has just committed a double-murder, two individuals attempting to saw another person in half, an individual digging a grave and a gun-toting toddler who just committed murder. Some of the other miniatures feature nudity and have been crafted with intricate attention to detailing. These works are off-putting, but are still making waves and gaining admirers.