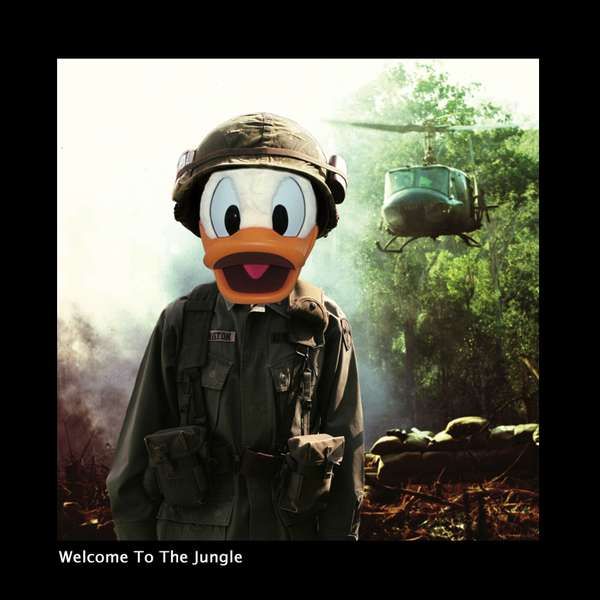 Corinne Guirgis — October 11, 2011 — Pop Culture
References: maxpapeschi & makemehappytoday
Share on Facebook Share on Twitter Share on LinkedIn Share on Pinterest
When it comes to the digital artworks of Max Papeschi, there is no beating around the bush. Bold, shocking and politically incorrect in every sense of the word, his unconventional statement pieces breed both controversy and thought simultaneously. Using the cult icons of major corporations from Ronald McDonald to Mickey Mouse, Papeschi alters these familiar characters and images to reflect what he perceives as the harsh realities of the world. He is among many who believe these realities are often overshadowed by the mass cultural consumerism these companies represent.

Whether you agree with the not-so-hidden messages of his work, there is no denying their thought-provoking power as they strip these popular figures of their comforting appeal and turn them into a shiver-inducing nightmare. While Papeschi is not the first artist to address issues of the allegedly controlling and borderline manipulative nature of consumerism and Americanization, his statement pieces are not easy to overlook and the powerful imagery may serve as a voice for scrutinizers and critics of corporate America.
6.5
Score
Popularity
Activity
Freshness
Access Advisory Services