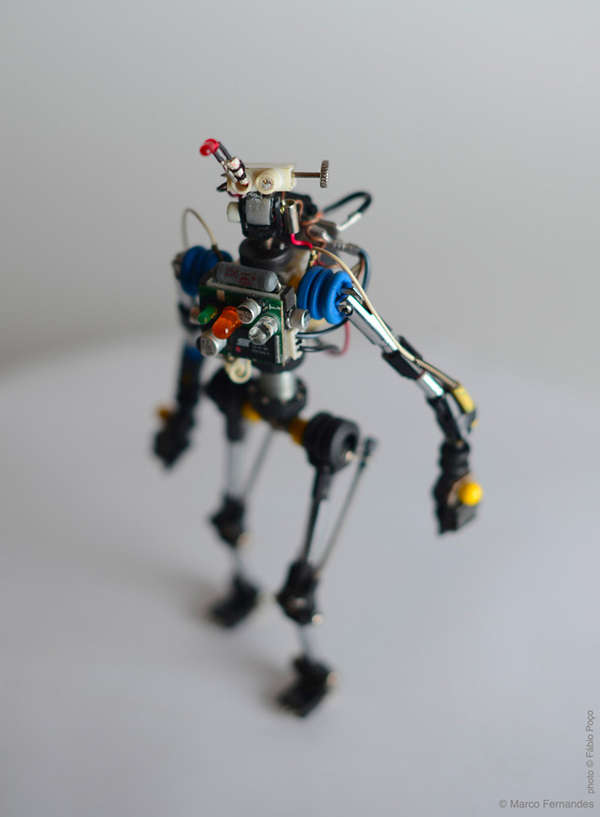 Meghan Young — February 19, 2013 — Eco
References: behance.net & thisiscolossal
Share on Facebook Share on Twitter Share on LinkedIn Share on Pinterest
Marco Fernandes is a product designer based in Porto, Portugal, who has a talent for building adorable toy robots out of knicks and knacks found in the trash. Of course, Marco Fernandes doesn't just use any knicks and knacks. The found objects are more often than not electrical components that combine together to form moving mini robots.

Currently, Marco Fernandes has only built nine toys in his R³bot series. Each one is as unique and different as a human being. Since they are on sale, they could delight children and adults alike. Powered by what appears to be a standard battery, Marco Fernandes' robots not only move, but can also light up. Boasting colorful wires and bright LEDs, they are much more than tin metal cans.
4
Score
Popularity
Activity
Freshness
Get Better and Faster