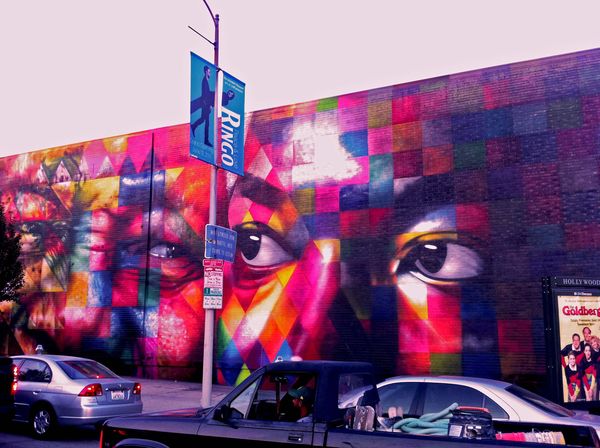 The latest project by Kobra, who was invited back to the U.S. for a second time by the French-based Mr. Brainwash, created the gazing murals on the inspiration of "Whose eyes are those watching us?" Through the large scale mural, which only shows the top half of the people's faces -- deviating from his traditional style of painting whole portraits -- Kobra wants to challenge people to figure out for themselves who it is that they are observing, while simultaneously being observed. The faces are based on "great thinkers" who were Nobel laureates, and who "watch us as they watch the world expecting something better."

The patchwork of colors and the attention to geometric detail in the faces and eyes serve to highlight Kobra's immense talent for drawing on such a huge canvas.
5
Score
Popularity
Activity
Freshness
Access Advisory Services