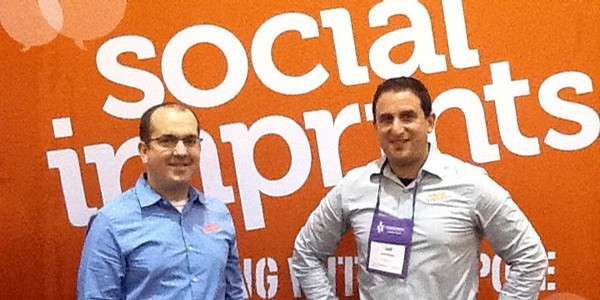 Printer with a Social Mission

Tiana Reid — January 18, 2012 — Social Good
References: socialimprints & businessweek
Share on Facebook Share on Twitter Share on LinkedIn Share on Pinterest
Jeff Sheinbein and Kevin McCracken, co-founders of Social Imprints, were named one of America's Most Promising Social Entrepreneurs, and then they were voted by Businessweek.com readers as the top choice. Based in San Francisco, Social Imprints is a printing company that offers higher-paying employment to at-risk adults.

SocialBusiness.org got the opportunity to talk with Kevin McCracken, and hopefully, by the end of it, you'll see what Bloomberg Businessweek readers see in this American social business.

Social Imprints was incorporated in 2008, but the seeds of the company were planted in 1999. At the time, Jeff Sheinbein, now Social Imprints CEO, was executive director of a San Francisco non-profit printing company called AI, that hired recovering drug addicts and formerly homeless individuals. Jeff advertised for an admin assistant, and I came in days later, as a shy young man, to apply.

I'd been referred by a counselor at Walden House, a Bay Area drug rehab and treatment center. Jeff liked me I was hired. Soon, I was answering phones, filing paperwork, and performing other duties. My energy and enthusiasm were immediately apparent, and I was soon promoted to sales manager. In 2004, I became executive director, when Jeff was invited to help start a similar non-profit social-based printing company in London.

When Jeff returned from London, we met again with the intention of starting a new social enterprise. After throwing around a bunch of ideas, a sales driving printing company was agreed on. With the shared experience in printing & social enterprise the idea seemed perfect.

Both Jeff & I have decided it is in our DNA to work in social enterprise. We have both tried to do other work and it is just not satisfying.

We are inspired by the need we see in the community around us and our personal experiences. The work itself is an inspiration. For me, it is part of my life to give back the opportunities I was given. Although it is not always easy, we have had each other to lean on as well.

I have been playing drums for 20 years, so when I get tired and worn out, frustrated I try to head into the studio to just play. I also meditate twice a day, and spend time with my wife and daughter. Having a child has changed my motivation on many levels. I want to leave her something more than just a business, I want to give her something that she can see makes a difference.
2.2
Score
Popularity
Activity
Freshness
View Innovation Webinars

Naganand Murty, Co-Founder of Embrace (INTERVIEW)
Incubator Blanket to Save Millions of Babies