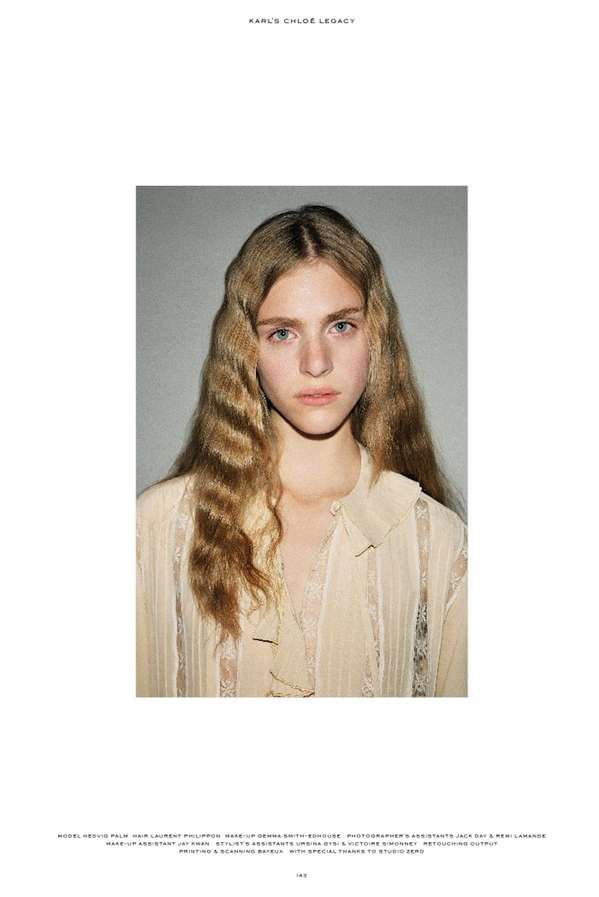 This straightforward take on fashion makes no apologies for its lack of cosmetics and detailing. The images are mostly blurred and pixelated, exhibiting Palm's features in a brilliant haze.