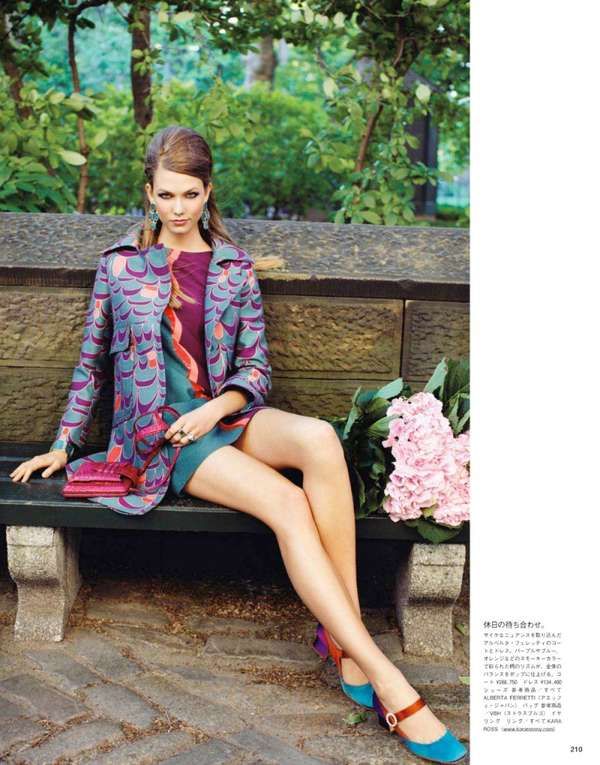 For the uninitiated, Karlie Kloss is the precocious 19-year-old St. Louis, Missouri native that burst onto the scene four years ago when she signed with Elite Model Management. 2011 has been good to Kloss, too. This year she has been featured in two major editorials in British and American Vogue, as well as walked for top shelf designers Oscar de la Renta, Christian Dior, and Donna Karan.

And now the streak continues with this editorial. The Karlie Kloss Vogue Japan editorial was shot by Arthur Elgort in New York City, and they do a great job of making use of their surroundings. The shoot is effervescent and stylish. Kloss sports looks from Prada, Calvin Klein, and Lanvin with aplomb. My favorite photograph in the collection features the rising star in an orange pea coat and black heels, mid-jump. On her face is the genuine, fresh-faced smile that has made her a favorite of photographers and designers around the world.

Click through the gallery to see what they do.
5.4
Score
Popularity
Activity
Freshness
Get Trend Hunter Dashboard