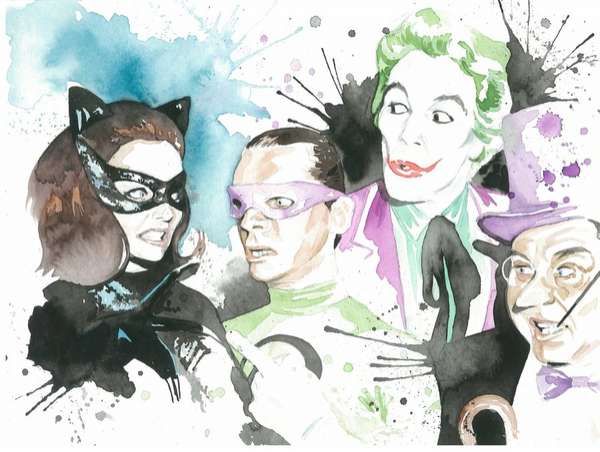 Jason Soy — January 11, 2012 — Pop Culture
References: jawart728.deviantart & all-about-villains.tumblr
Share on Facebook Share on Twitter Share on LinkedIn Share on Pinterest
Jonathan A. Reincke is a master of using watercolors to render realistic-looking subjects, but rather than using real-life people as the focal points of his paintings, he often illustrates fictional characters. And sure, he could have easily depicted the good guys that everyone loves, but Reincke gravitates towards illustrating villains with a penchant for funky fashion choices.

For instance, Jonathan A. Reincke has rendered Batman’s rogues gallery from the 1960s TV show. Not only are the images faithful to the actors that played each respective role, but the zany costumes of Catwoman, the Penguin, the Joker and the Riddler are just as fun to look at as Batman’s, and Reincke really illuminates that fact in his images.