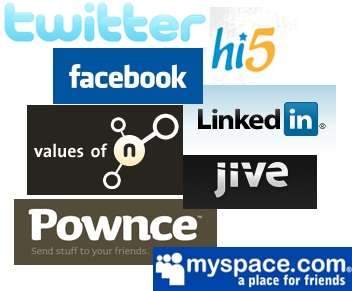 Alex Covert — December 13, 2008 — Pop Culture
References: technologyreview
Share on Facebook Share on Twitter Share on LinkedIn Share on Pinterest
The current financial crisis is stirring the social network pot, allowing some to rise to the top (or perhaps more appropriately, not to sink so low.) A long list of yesterday's wonder-sites such as Hi5, LinkedIn, Jive, Pownce, and Value have either scaled back, been sold or shut down entirely. The winners, who still may or may not weather the storm, are Facebook, MySpace and Twitter.

Bottom line: Money makes the world, and the Internet, go round.

Implications - But the thing about the Internet is that it's viral and cyclical. There are certain sites -- Facebook, for instance -- who seem to have carved out a valuable niche in the psyche of Generation Yers. It's hard to imagine them not succeeding. The other companies? I'd say they're at the mercy of changing Internet emotions.
2
Score
Popularity
Activity
Freshness
Attend Future Festival Virtual