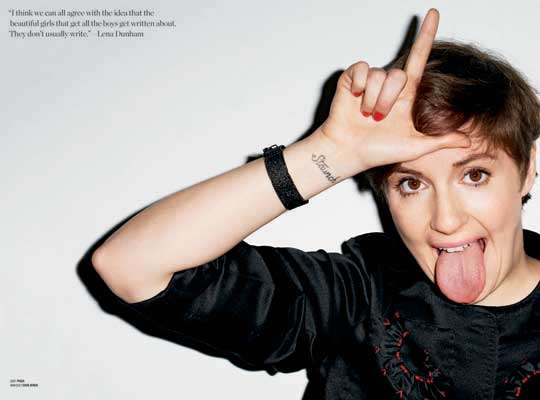 Lena Dunham, who deviates away from the typical norms of Hollywood elite, may not fit into the stereotypical mould, but is so amazing because she has been able to stay true to herself despite her rising fame. Just like her character on the show, the shots by the famed photographer show a fun, bubbly and genuine side of Girls star Lena Dunham. Shot without pants and sporting a cute new pixie haircut, the actresses true charm is her ability to stay true to herself.

As the second season is soon to be released on January 13th, Ms. Dunham’s ability to portray a very raw character many girls can relate to is one of the many reasons the show has been and is likely to stay so successful.
5
Score
Popularity
Activity
Freshness
Jeremy Gutsche Keynote Speaker