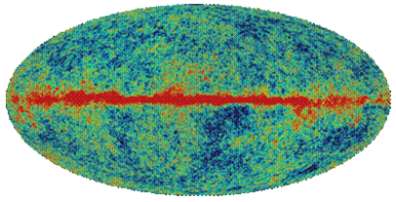 Todd Hathaway — January 11, 2008 — Eco
References: www-sci-us.org & green-salon
Share on Facebook Share on Twitter Share on LinkedIn Share on Pinterest
The Potomac Energy Project was the name coined to the decentralized effort throughout the independent research community to develop and distribute the most advanced energy technologies currently available today for review. These technologies will streamline private and government efforts to reduce our dependency on foreign hydrocarbon resources, while also reducing the negative impact of global energy consumption on the environment. These advanced energy technologies will also decentralize our nation's vulnerable energy infrastructure. Current trends make it clear that we are out of time to consider funding conventional alternative energy research. Global oil production has peaked and is now in decline. It is time to face the hard truths about energy. The planet's ecosystem cannot sustain continued hydrocarbon dependence, as outlined in the UN's 2007 Global Environment Outlook Report. Our nation MUST immediately shift its research emphasis to advanced alternative energy technologies if our way of life is to continue, while minimizing the likelihood of expanding regional wars to maintain adequate supplies of hydrocarbon resources. Once funding is successfully distributed to these research projects, the technologies developed out of this initiative will replace conventional alternative energy technologies in what is becoming a trillion dollar alternative energy market.

According to the U.S. Department of Energy's website, "In the past, dependence on oil has cost our economy dearly. Oil price shocks and price manipulation by the OPEC cartel from 1979 to 2000 cost the U.S. economy about $7 trillion, almost as much as the U.S. spent on national defense over the same time period and more than the interest payments on the U.S. national debt. Each major price shock of the past three decades was followed by an economic recession in the U.S. With growing U.S. imports and increasing world dependence on OPEC oil, future price shocks are possible and would be costly to the U.S. economy."

In the interest of safeguarding geopolitical and economic infrastructures while also protecting U.S. national security interests, it is critical to the continued viability of our civilization that a national effort be initiated comparable to the Manhattan Project. See AERO's Transformation of Risk article for more information. We must develop â€œsilver bulletâ€ energy alternatives to hydrocarbon resources, in order to minimize the catastrophic impact of mankind's resistance to a post-hydrocarbon energy society. See also the $1 billion Potomac Sustainable Communities Initiative, outlining the larger initiative to establish sustainable communities in the United States and serve as a model for the rest of the world.

76 Credit Crunch Innovations
A Sweet Survival Guide to the Recession