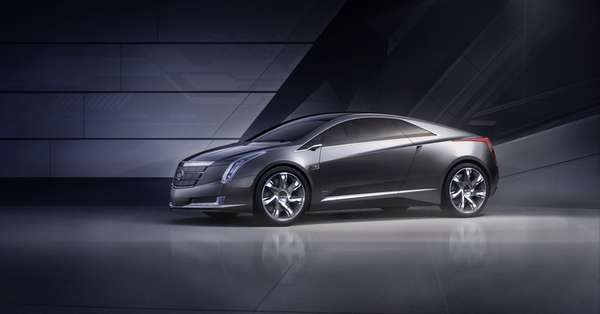 Jacob Courtade — January 12, 2009 — Autos
References: gm & trendhunter
The Cadillac Converj - the highly-anticipated electric concept car - was revealed by the luxury brand today at the 2009 North American International Auto Show. Detroit played host to the event, and snapping cameras from all over the world captured the breath-taking vehicle as it made it’s way to the show floor (FLOOR PHOTOS).

Cadillac has released new details of the concept. It has a top speed of 100 mph, delivers 273 lb ft of instant torque, and switches to extended-range mode seamlessly when it can’t run on pure electric charge. However, this shouldn’t happen during most people’s commutes - the Converj has a range of 40 miles on pure electric power.
2.5
Score
Popularity
Activity
Freshness