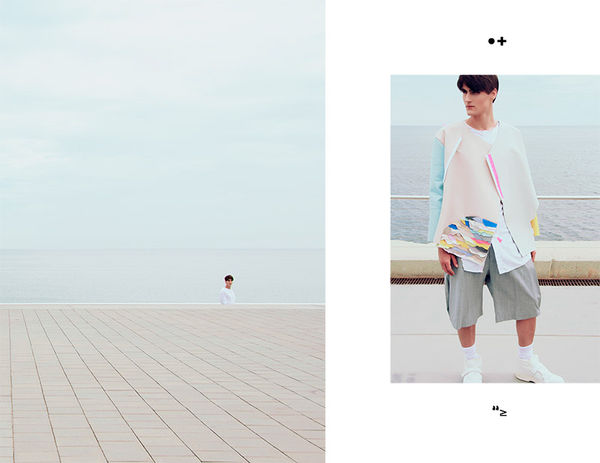 Despite of being a student, Edward Cuming showcases his immense talent for design with his Spring/Summer 2014 lookbook that highlights his vanguard and fashion-forward menswear staples. When creating the line, the designer took inspiration from a three day expedition to the Sahara Desert that exposed him to extreme climate changes he had seldom experienced before.