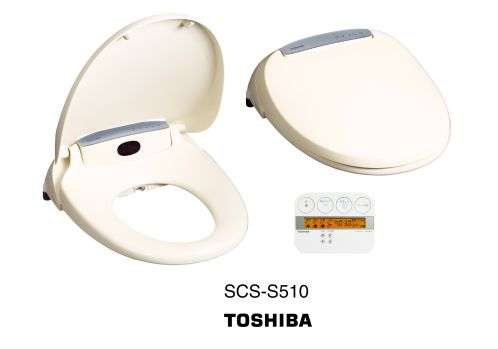 High-tech bathroom gadgets are loved in Japan, so this heated toilet seat and hygiene device should go over well, especially because it saves 55% more power than competing devices by only heating the water when needed.

If being eco-friendly is the main concern though, they can just do like the westerns do and use the standard toilets we do. Sure, they're not heated, but if it's about saving the environment, they can sacrifice the tush warming benefits, can't they?

Aside from all the things it's been celebrated for, I think the coolest feature is its deodorizing feature! It has a variable-speed fan to eliminate odor... now THAT's something any culture can benefit from!