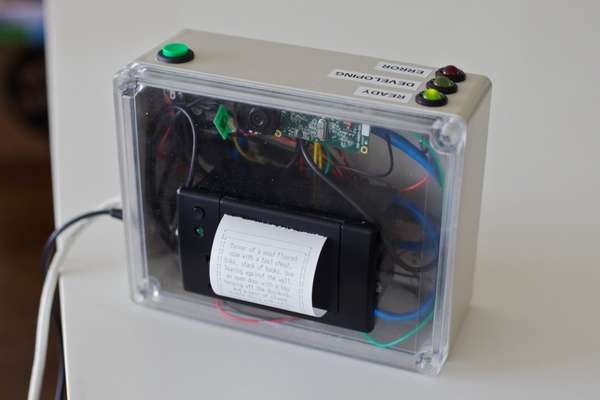 The Descriptive Camera Develops a Narrative of a Scene in Words

Designed by Matt Richardson, a student at New York University‘s Interactive Telecommunications Program, the camera spits out a textual description of the image captured, rather than a photograph. The device takes a photo in the same way that traditional cameras do, except that once the information is captured on the device, it is then sent off to a team on the Internet that can describe what is in the image.

Each explanation of the subject of a photo takes between three and six minutes to be returned and is then printed off on a slip of paper. It is made up of a USB webcam, thermal printer and a BeagleBone Linux board to connect to the Internet.
2.8
Score
Popularity
Activity
Freshness
Attend Future Festival