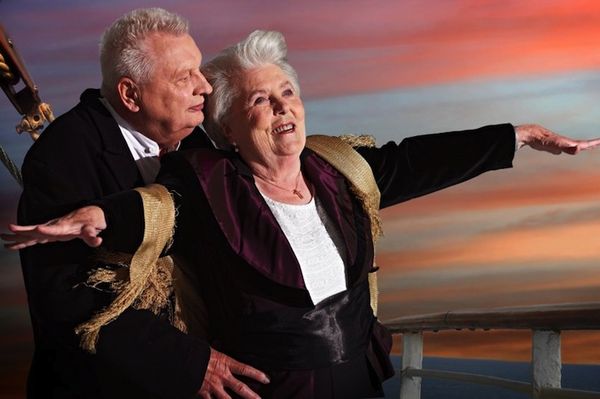 Meghan Young — January 27, 2014 — Fashion
References: reddit & mymodernmet
The Contilia Retirement Group 2014 Calendar reinterprets the common term 'Old Hollywood.' Although it still captures the glory of such an era, as well as a few more modern additions, it pays tribute in an adorable and charming way. Residents of the retirement home based in Germany takes on the roles depicted in such classics as 'James Bond,' 'Breakfast at Tiffany's' and 'Saturday Night Fever.'

A whimsical project, the participants starring in the Contilia Retirement Group 2014 Calendar all range between the ages of 76 and 98 years old. They were shot by a professional photographer from Gladbeck and edited onto the proper backdrops to really drive the theme home. About 5,000 calendars were printed and distributed to residents, employees and family members.
4.1
Score
Popularity
Activity
Freshness