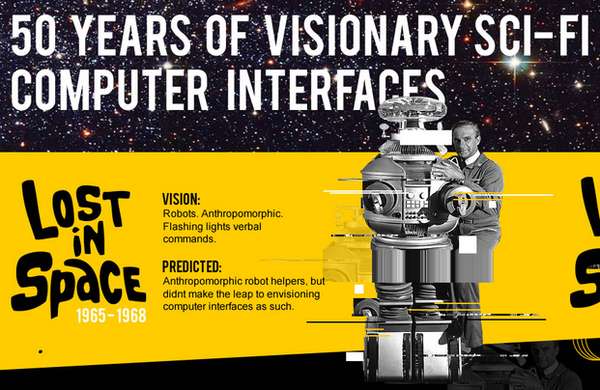 Track Futuristic Computer Interface Designs Over the Past 50 Years

This infographic created by Glow Internet tracks the ideas that have been released and explored in films such as Star Wars, Blade Runner, The Matrix and many more, capturing the predictions they made regarding futuristic interfaces. With inventions such as artificial intelligence, portable computing, military robotics and touchscreen interfaces, it is as though today's scientists are following in the steps of vintage sci-fi movies.

By analyzing computer interface design predictions from sci-fi films over the past 50 years, it becomes evident that we are in fact living in the future.
5.3
Score
Popularity
Activity
Freshness
View Innovation Webinars