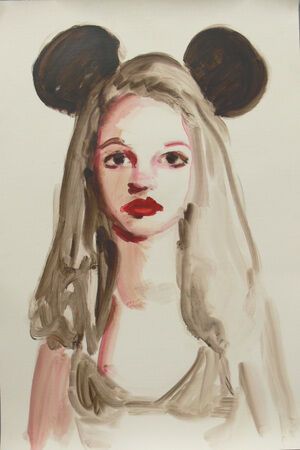 mediterranean — February 13, 2008 — Pop Culture
References: newsmax
Share on Facebook Share on Twitter Share on LinkedIn Share on Pinterest
With the recent drama surrounding Britney Spears, the world's awareness was raised concerning the issue of how close paparazzi can get to the celebrity and how far they could push the privacy and public safety envelope. It was 11 years ago when Princess Diana died of severe injuries from a fatal car accident that was surrounded by paparazzi controversy. Now the authorities are seeking a new law, being dubbed 'Britney's Law', that would prevent similar tragedies and give celebrities the chance of a somehow normal life.

The L.A. City Council is considering an ordinance that would impose a 20-yard â€œpersonal safety bubbleâ€ around those public figures in the city who are construed by the law to be â€œpaparazzi targets.â€ If the proposed Britney Law is implemented, it will be the most stringent anti-paparazzi legislation of its kind to date. If a paparazzo crosses the 20-yard â€œpersonal safety bubbleâ€ without permission, the city will confiscate all profits from any resulting photograph.

The proposal raises a host of thorny legal issues, most notably, the First Amendment right of the press to facilitate communication of information to the public. We can surely expect the multi-million paparazzi industry to put up a big fight.