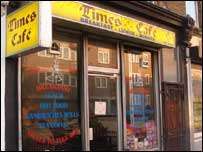 Nigel Goodwin — March 8, 2006 — Lifestyle
References: lulublookerprize.typepad & news.bbc
Share on Facebook Share on Twitter Share on LinkedIn Share on Pinterest
A new prize has been announced for bloggers who have turned their online journals into books -- or blooks -- and the first short-list has been announced. Finalists for the so-called Blooker Prize include a prostitute's revealing personal diary and a guide to the United Kingdom's best cheap cafes. The winner will be announced on April 3.

There are an estimated 60 million blogs on the 'net today, covering virtually every imaginable topic. Sure, some people write boring accounts of their daily routines and descriptions of their housepets, but there's some good stuff out there, too.

Some authors -- some of whom have become immensely popular -- have decided to leverage their online content and publish hard copy books. Any blook published in English anywhere in the world before the entry deadline of January 30, 2006 was eligible for consideration.

The entries were sorted into three categories: fiction, non-fiction and comics. The overall winner will receive US$2,000 while the other two category winners will receive US$1,000 each.
2.6
Score
Popularity
Activity
Freshness
View Innovation Webinars