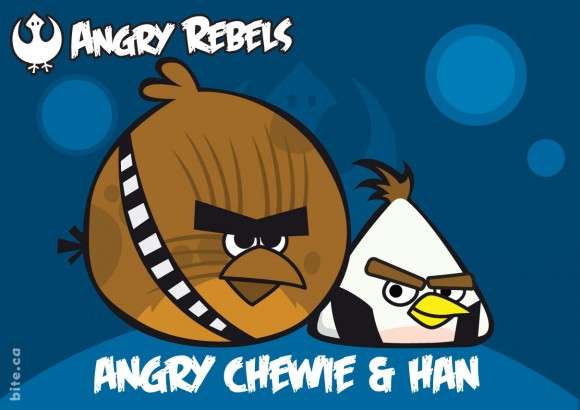 Peter Vallas — April 23, 2011 — Pop Culture
References: bite & holykaw.alltop
Television network Bite is back with some more tweaked avian creations in the form of these Angry Birds Star Wars characters. The world's most popular mobile app has turned the characters in the story into video game celebrities; accordingly, many designers have been inspired to take their own creative twist on the furious fliers.

Not too long ago, Bite brought the Avian Superheroes to life, which was their mashup of Batman with Angry Birds. This time, Bite went a little science fiction and incorporated Star Wars themes and characters into the cast of Angry Birds.

The Angry Birds Star Wars characters have become the Angry Rebels and have taken the role of the heroes in the Star Wars series. The pigs have become the Imperial Pigs and were transformed into the menacing foes of the Dark Side.
4.9
Score
Popularity
Activity
Freshness