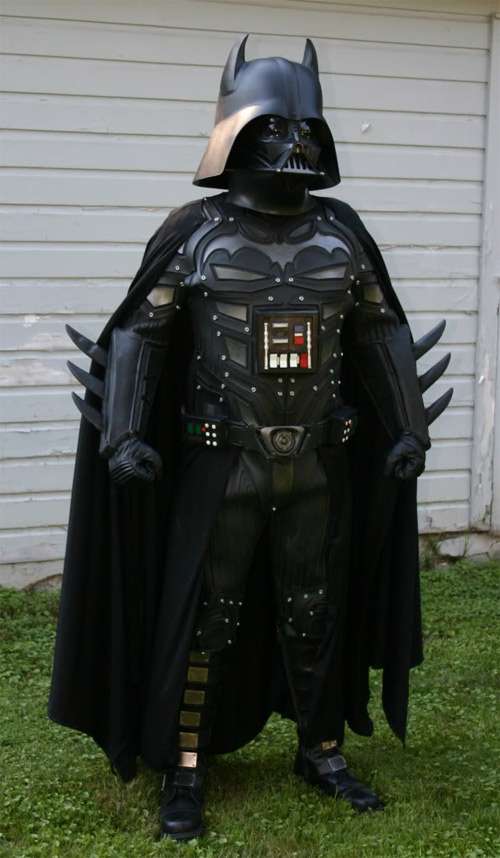 It's hard to pick a name for the Batman Darth Vader Cosplay. Darthman? Darth Batman? Either way, this mash-up of Star Wars' most iconic villain and the Dark Knight is incredibly epic. In fact, the word "epic" isn't even the best way to describe this geeky monstrosity that'll have fanboys and fangirls drooling over for hours. The helmet stays with Vader's classic look, but with Batman's ears. The outfit itself is a beautiful combination of the bat suit version of Christopher Nolan's 'Dark Knight,' and the Sith Lord's menacing cape. Seriously, how can one cosplay kick so much ass?
4.3
Score
Popularity
Activity
Freshness
Attend Future Festival