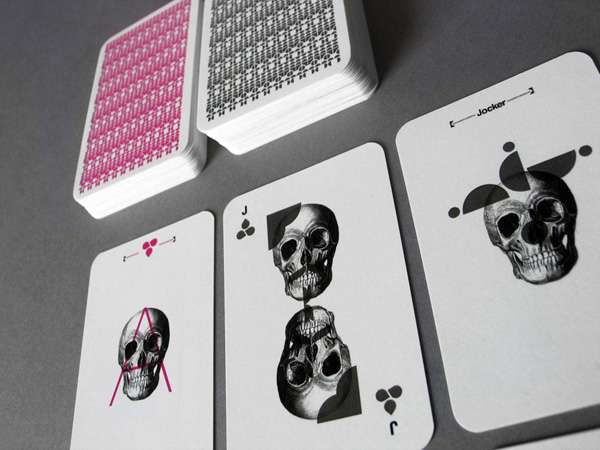 Jason Soy — June 9, 2011 — Art & Design
References: mcastiglionidesign.prosite & moonward.net
Share on Facebook Share on Twitter Share on LinkedIn Share on Pinterest
Though it's known that playing cards come in all different shapes and varieties, these Barebones cards by Mattia Castiglioni definitely stand out from the crowd. Not only are the cards adorned with badass skulls, but they've also employed a pretty clever way of differentiating between the Joker, Jack, Queen, King and Ace cards.

On each of these four cards, skulls are featured in place of the respective male and female characters. The way Castiglioni lets players identify which card is which is by slightly defacing each skull. For instance, the King is now decked out with a mustache, the Queen is now sporting earrings, the Jack now has an adorable little hat and the Ace has a huge "A" splattered across its front. My favorite defacement though belongs to the Joker, which now sports a spiffy jester hat.
4
Score
Popularity
Activity
Freshness
Jeremy Gutsche Keynote Speaker