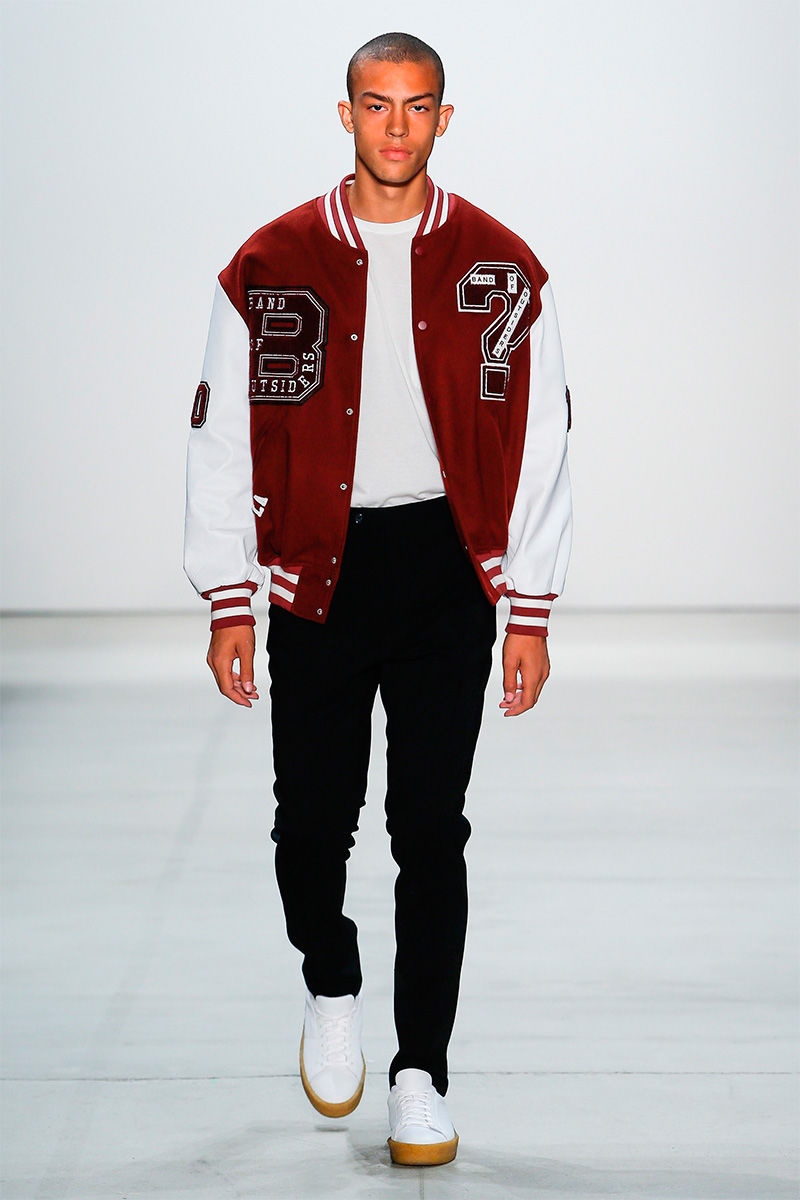 Adapting some classic menswear pieces, the Los Angeles-based label brought its own unique twist. A few pieces from the collection that were shown during the event included a branded red and white varsity jacket, another that featured a Japanese-inspired print, a silky bronze tracksuit and an athlete-minded pinstripe ensemble.

Interestingly, the Band of Outsiders Spring collection was layered with unconventional pairings, such as a white lace shirt that peeks out from under a simple hoodie. The same was used to contrast a baggy suit design, where the lace appeared more prominently under the jacket. As the label explains, the series draws on its home city's street culture, where it takes cues from the relaxed attitude of the people who thrive there.
4.8
Score
Popularity
Activity
Freshness
Get Trend Hunter Dashboard