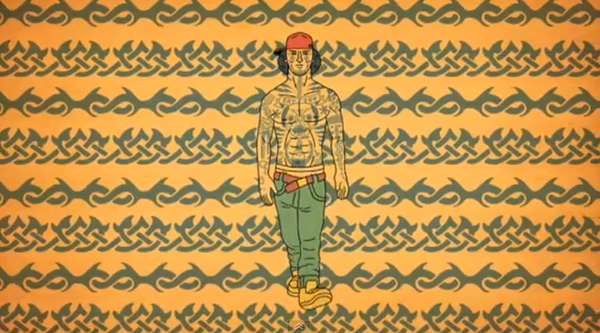 Jason Soy — June 25, 2011 — Pop Culture
References: youtube & needlesandsins
Maybe I'm just easy to amuse, but I was in stitches laughing at this Weird Al 'Another Tattoo' video. Not only did it take a pop song that I liked, B.O.B.'s 'Nothing On You,' and mash it with tattoos -- which I'm a huge fan of -- but Weird Al also serves up some witty lyrics, which is why he's had an illustrious career making pop song parodies.

The Weird Al 'Another Tattoo' video also features some pretty impressive and humorous re-imaginings of popular tattoo designs, mainly using traditional and Americana styles of tattoo art. Littered throughout the video as well are what some might consider regrettable tattoos, which mock the recent insurgence of websites that highlight poorly thought out body art.

Implications - Consumers enjoy pop parodies as the concept belittles a highly regarded idea and makes it that much more relatable to the general population. This strengthens the empathetic bond between consumers and a product. Corporations can similarly lessen their prestigious persona to appear more relatable to their customers.
5.5
Score
Popularity
Activity
Freshness